Uncovering Satoshi Nakamoto? A Look into the Techniques Used to Search for Bitcoins Creator 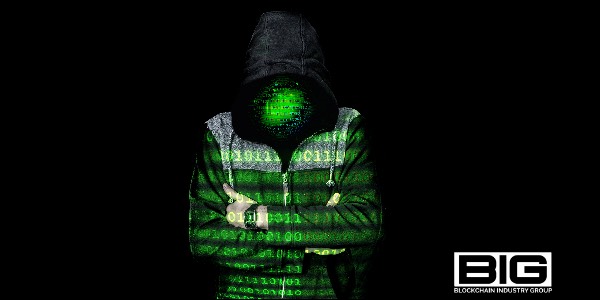 The true identity of Satoshi Nakamoto is perhaps one of the biggest mysteries of our time.  This reclusive individual or group of individuals is responsible for the creation of Bitcoin, the world’s first cryptocurrency.  Ever since BTC’s whitepaper first surfaced 9 years ago, the internet has been filled with stories of individuals who claim to be the legendary Satoshi.

While there is no shortage of individuals to have made this claim, none has been able to prove that they are indeed the mysterious figure behind one of the greatest inventions of all time.  To make matters more confusing, journalists have confronted many suspected Satoshis, with all denying any involvement with the development of BTC.  It’s not just cryptocurrency advocates with an undying interest in the matter either.  Governments from around the globe have been employing advanced methods to try and uncover this reclusive individual.

It was reported that the Obama administration at one point became so worried about Bitcoin being weaponized in the future, that they invested millions in attempting to discover this individual’s identity.  The NSA has reportedly employed numerous tactics to try and unearth the true identity of Satoshi Nakamoto including advanced Stylometry.

Stylometry is a technique that is used to analyze a person’s writing style and vocabulary.  Stylometry takes into account the frequency and vocabulary a writer uses.  This information is then translated into a digital fingerprint that can be used to identify authorship of a particular body of work.

Satoshi has left his digital fingerprint on thousands of public posts and the NSA has used these articles to compose a Stylometry print.  The NSA has been quietly comparing this Stylometry print against trillions of documents that have been gathered from both the PRISM and MUSCULAR systems to search for verifiable matches in other online posts.  Both of these systems intercept data from the major search engines and some believe that the NSA has already discovered who Satoshi is.

Satoshi had claimed to be a 37-year old male of Japanese descent in his 2012 P2P Foundation profile but this has been heavily disputed due to the fact that his English is perfect and none of the BTC software is documented in the Japanese language.

In the BTC source code comments and forums, Satoshi left occasional British English references such as “bloody hard”.  This has left many to speculate that the individual may be of British colonial background.  This theory does have some credibility as the first BTC block ever mined contains the coded message – The Times 03/Jan/2009 Chancellor on Brink of Second Bailout for Banks.  This phrase seems to be a quote alluding to the headlines of the London Times publication of the same date.

Using a different monitoring technique the Swiss coder, Stephan Thomas has been able to deduce that Satoshi very rarely posted between the hours of 5 am and 11 am Greenwich Mean Time.  This lends further truth to the argument that Satoshi is in fact, not from Japan as this would suggest a very unusual sleeping pattern for an individual in that nation.

Through the application of Stylometry used against patent searches, the investigative journalist Adam Penenberg deduced that the word “computationally impractical to reverse” was first used in a 2008 patent filed by Neal King, Vladimir Oksman, and Charles Bry.  This is at the very least a strange coincidence as the BTC whitepaper was filed three days later and it also included the same phrase.  These three individuals denied having anything to do with BTC when contacted directly by the journalist.

The security researcher Dan Kaminsky believes that Satoshi is, in fact, a team of programmers.  After reviewing the BTC coding, he publicly stated that the coding was too well-written to be developed by a single individual and that it is most likely that a team of programmers was involved in this project.  Sating that the sound nature of the coding is more consistent with a team effort rather than a singular person.  This means that Satoshi is either a super genius or a highly trained team of software developers who have been sworn to secrecy.

There has been no shortage of false Satoshi sightings over the last nine years and a few individuals, in particular, have been singled out as the most likely inventors of BTC.  These individuals have all denied being Nakamoto but the evidence does seem to suggest otherwise.

Nick Szabo is the developer who published a paper called “Bitgold” slightly before the Bitcoin whitepaper was released.  He was an early proponent of the decentralized economy and he has the technological know-how to implement such a protocol.  The financial author Dominic Frisby believes Nick is Satoshi and he publicly called Nick out on the Kaiser Report.  Nick has since denied being Nakamoto stating that he is often accused of being Satoshi.

Dorian Prentice Satoshi Nakamoto is a physicist and cryptographer that studied at the Caly Poly University in Pomona.  This California resident currently works as a classified defense contractor handling computer engineering projects for technology and financial applications.  Mr. Nakamoto’s name seems to suggest that if he was Satoshi, he didn’t plan to hide very well.   Dorian did seem to confirm he was Satoshi in an interview with the Newsweek journalist Leah McGrath Goodman but later stated that he misunderstood the question at the time, claiming he thought she was speaking about his classified defense work.

Hal Finney was the first person to use the BTC protocol and he was the first person to improve the coding including filing bug reports.  The Forbes Journalist Andy Greenburg used writing samples to discover that Hal’s writing style was also the closest match to Satoshis yet discovered.  Another interesting point is that Hal lived only a few blocks from Dorian Nakamoto’s family home, leading some to believe he used Satoshis identity to further conceal his own.

Uncovering Satoshi – Is It Possible?

Satoshi has managed to remain a mystery despite the intention of millions of people around the world to discover the true identity of BTC’s creator.  We may never know who the real Satoshi is unless that person or persons decide to reveal their identity to the public.  It is interesting to point out, however, that once BTC hits a market value of $60,000 per BTC, Satoshi will be the richest man in the world.

What do you guys think?  Are we closer to learning who the real Satoshi is?