The 5 Largest ICOs of All Time 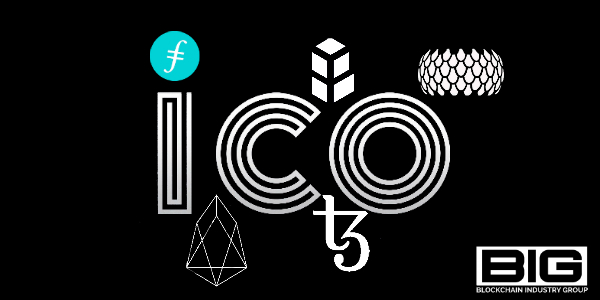 Initial Coin Offerings or ICOs are at the core of the cryptocommunity.  This is the process companies use to crowdfund their projects and launch their new tokens.  The cryptomarket did amazing last year and much of this was fueled by ICOs.   This year is already shaping up to be another amazing year for the cryptomarket as new platforms continue to join the crypto space

This year will undoubtedly be filled with more ICOs than ever and while many will not be successful, there is sure to be a number of record breakers as well.  ICOs can raise millions for a start-up and given the history of success some companies have achieved already, there is no reason to suspect this fundraising mechanism will go anywhere soon.  Below is a list of the top-earning ICOs to date.

The Filecoin ICO raised an amazing $257 million for the advancement of this platform.  There were over 2,100 investors involved in the ICO.  This makes the Filecoin ICO the largest ICO to date.  Currently, the Filecoin platform is advancing in their development thanks to their successful fundraising campaign.

The Filecoin platform utilizes blockchain technology to allow you to rent unused computer space.  The platform is completely scalable, allowing a user to rent anything from a few gigs on someone’s laptop HD – all the way up to entire data centers.

The Tezos ICO is a tragic story of how a good project can go awry when there are too many parties with conflicting ideas involved.  The Tezos ICO was held in July 2017 and it is still the second largest ICO to date raising $232.  Unfortunately, the company is enthralled in infighting and no tokens have been distributed as of yet.

Tezos issues arise from a disagreement between the Tezos Foundation President and the founders of Tezos.  The parties are currently involved in a long-standing court trial to determine who, in fact, controls the fate of Tezos.

The innovative cryptocurrency EOS burst onto the scene with their successful ICO that raised $180 million in June 2017.  EOS is a blockchain-based development platform that allows DApp programmers to scale their applications.

EOS is considered a third-generation cryptocurrency and already this year, EOS has seen considerable gains in the market.  Currently, EOS is the 5th largest cryptocurrency in terms of market capitalization and given the project’s momentum, it could continue to see further growth in the market.

The Bancor ICO raised $153 million in ETH.  The demand was so high for this ICO that it actually congested the ETH network and caused transactions to be delayed hours. The Bancor platform seeks to reestablish decentralization in the marketplace.

Users can go to the Bancor platform and exchange cryptocurrencies directly via the Bancor ERC20 token.  Peer-to-Peer exchanges are in high-demand as centralized exchanges continue to add more regulations to their platforms.  Bancor could be the solution to these concerns.

SIRIN Labs succeeded in raising $118 million in December of last year through an ICO.  This firm was looking for funding to create more blockchain integrated hardware and the project was an instant hit with the market.

SIRIN LABS didn’t waste any time and only a few months after the ICO was complete, the firm released the FINNEY Smartphone and PC.  Both are crypto-friendly and include advanced features such as a built-in hardware wallet.

The 5 Largest ICOs of All Time – More to Come

This year is already shaping up to be an exciting year for ICOs as more innovative concepts are entering the market.  Do you have a great ICO concept?  Play your cards right and you could end up on this list in the future.

What do you guys think?  Will this be the biggest year yet for ICOs?