The Biggest Blockchain Partnerships of 2018 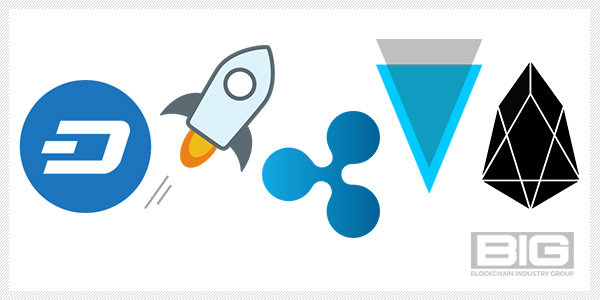 This has been an exciting year for the cryptomarket so far, with numerous blockchain partnerships already announced.  The cryptomarket is developing at a break-neck speed and this can make it very easy to miss out on some of these important market developments.

A project’s partnerships can play a major role in determining the market value of a cryptocurrency and being aware of any new or potential partnerships, can help you to better position your stance in the marketplace.  Below are some of the most important blockchain partnerships to be formed this year.

Stellar Lumens has been busy securing partnerships from some of the world’s largest financial and tech firms for months.  This firm already boosts partnerships with IBM, ICICI Bank, Stripe, and Deloitte – to name a few.  Stellar has continued to expand their network in 2018 announcing a partnership with the secure online encryption tool Keybase.

Keybase allows users to encrypt digital assets such as file storage, identification, and even chats.  The platform can be used to encrypt third-party applications such as Dropbox.  You can even use the application to chat securely on social media platforms and the developers hope to one day see this technology used to send digital assets over the existing social media networks securely.

Ripple is known for their partnerships with the traditional banking system and last year, the firm was able to secure huge agreements with both Santander and American Express.  This has helped Ripple maintain its market cap and stay within the top 5 cryptocurrencies.  Ripple hasn’t slowed their moment one bit in 2018 with XRP already announcing some huge partnerships

Ripple has already announced partnerships with MoneyGram, IDT and Mercury FX, SBI Holdings, and LianLian International.  The partnership with MoneyGram places Ripple with one of the top global payment services in the world and it is sure to further drive this altcoin’s price in the future.

Dash has had their eyes set on the European market and on January 4th, a partnership was announced between the cryptocurrency and Bitnova.  Bitnova is a major contender in the Spanish market and the partnership will make DASH available in over 12,000 retailers in Spain including MediaMarkt, which is the biggest electronics retailer in the country.

The partnership makes it possible for anyone to enter into one of the retailers and purchase DASH through a coupon-based sales system.   Bitnova has already announced plans to expand their services into Italy and the UK this year, after receiving positive feedback from the public.

EOS has shown impressive growth this year and currently, it is trading in the top 10 cryptocurrencies in the market.  This exceptional growth was fueled by a combination of excellent technology and well-timed partnerships.  This year EOS announced a partnership with WAX (Worldwide Asset eXchange).

WAX is looking to develop a global peer-to-peer market ecosystem where EOS is the form of payment used within the platform.  In an interview, WAX executives stated that EOS’s technology most closely matched what they needed to accomplish their goals.

The Biggest Blockchain Partnerships of 2018 – Just the Beginning

This year will see some major financial institutions enter the marketplace and you can bet that their partnerships will further steer the market over the coming months.  As adoption increases, the cryptomarket is privy to more established organizations joining the marketplace.  Keep your eyes on these partnerships as they could help you to better understand the market and to position your business and investments for success.

What do you guys think?  Do you agree with our selection?