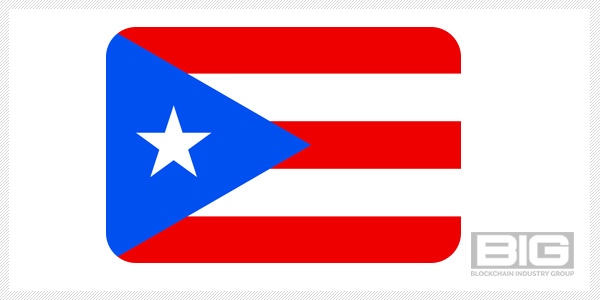 The Caribbean island of Puerto Rico is home to some of the world’s most beautiful beaches and breathtaking views.  This tropical paradise has long been a financial safe-haven ever since favorable capital gains tax laws were introduced to further large-scale pharmaceutical investment into the island.  While most of the pharmaceutical companies have long since relocated over the last two decades, the favorable tax rates are still in place and attracting a new breed of business – blockchain.

Puerto Rico is unique in its political status because it is listed as a commonwealth; its residents are considered citizens but they are not allowed to vote in the US presidential election.  This means US investors can move to Puerto Rico without the need for a passport and after President Trump announced the new crypto taxation laws earlier in the year, many crypto investors have chosen to relocate to pursue their crypto aspirations.

The government is keen to this and they have been welcoming the new investment capital with open arms.  Puerto Rico has already hosted four major cryptocurrency conferences this year with the largest being UnBound.  This 3-day conference featured over 800 start-ups, investors, and developers from the blockchain field.  The island is so pro-blockchain that the Governor even spoke at some of the conferences to personally welcome the investors.

Considering that Puerto Rico is over $70 billion in debt and recently experienced the worst hurricane in over 100 years, it is no surprise that the local government is ready to do whatever it takes to attract blockchain investment to their shores.  The island is living under a crushing debt load and the poverty rate is nearly double that of the United States.

Blockchain technology offers Puerto Rico the unique ability to both rebuild itself and integrate into the smart economy of the future.  The favorable tax laws and the government’s pro-crypto stance is further pushing the island into becoming the blockchain epicenter of the western hemisphere.  The local government is hoping for exactly this and they have already formed an advisory council to focus on attracting more blockchain businesses to the island.

Old San Juan, with its beautiful colonial architecture and picturesque views, is transforming into the crypto hotspot of the island.  Here you may catch the glimpse of your future crypto Lamborghini rolling by with the license plate “BTC BBY” or some other obviously crypto sponsored expense.  While some complain that this gaudiness is too much, others see it as motivation to spark further interests into cryptocurrencies.

It’s true that the island is in desperate need of this investment capital but of even more importance, is the further integration of blockchain professionals into the marketplace.  This will surely spawn a new type of Puerto Rican entrepreneur who is adept in the ways of the blockchain.

What do you guys think?  Is Puerto Rico ready to be the crypto epicenter of the world?