A Primer on Blockchain for Newbies 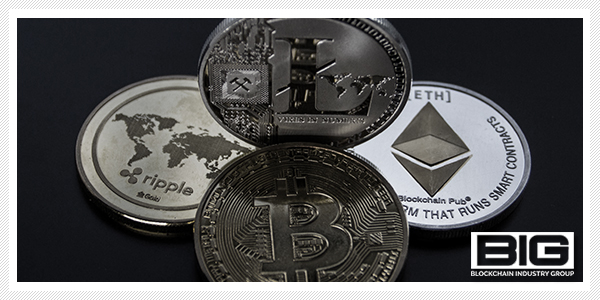 Blockchain opens a whole new world across the entire economy with implications for many areas of business and society. Blockchain was introduced to the world through Bitcoin, the cryptocurrency that runs on a blockchain technology. People often connect the two together, but blockchain is its own technological process. It has the potential to affect not only cryptocurrencies and financial institutions, but also many other areas of the economy and society.

Some people call blockchain the new internet. By saying this, they don’t mean blockchain is something that will replace the internet. Instead, they are calling it the new internet because blockchain has the potential to change, on a massive scale, the way business is transacted, the way government functions and the way citizens interact with each other. The internet had the same effect when it was introduced to the economy and society.

The blockchain is a transparent and decentralized ledger that promises to change the way public transactions take place – in finance, the marketplace, art, distribution, voting and much more. Think of a decentralized system for recording peer-to-peer transactions without a middle man.

For example, let’s say you want to purchase a product or service from someone. If you don’t personally know and trust that person, unless it’s a straight product-for-cash exchange in person (like at a flea market), you would probably go through a middle man to process that transaction. Through a bank, broker, vendor, online retail store, etc. Sometimes, depending on what is being sold, you might even involve various agencies, attorneys, etc.

What if you had a safe and secure way to complete that transaction without using a middleman? Imagine the time and cost that would be saved. Now let’s go a step further. What if no one could tamper with that person-to-person transaction, even if it took place online? What if the transaction automatically was cancelled if either party failed to meet the terms?

These are just some of the ways the blockchain decentralized ledger aims to improve the way business is done.

What is Blockchain Technology?

So what is blockchain technology? It’s a computing process. It literally provides a ledger of transactions that are recorded and verified by computers all over the world, all independently owned. There is no central clearing house; just a decentralized network of computers (referred to as “nodes”) that independently verify and record transactions. And there can be millions of these computers (nodes) on any one network.

Okay, so computers record transactions. Don’t they do that already? What’s the big deal?

This makes it almost impossible for one computer to hack into the system and create a fraudulent transaction. There is no centralized computer for a hacker to target. No one computer is managing this network. Unless a majority of the computers (nodes) on the network independently verifies a transaction, it is not completed.

Each time a transaction is recorded, verified, and accepted, it is permanently added to the blockchain ledger and remains there, unable to be altered by human intervention. This creates an effective audit trail. The blockchain records every transaction permanently and in sequence. Each block is connected to the previous block by a shared encrypted string (known as a “hash”), so no one can go back later and manipulate the data.

Each computer (node) on the network competes against all of the others to be the first to record a block (group of transactions). Then all the other nodes can simultaneously verify and confirm the block. After that, the next block is added to the blockchain, and so on. This requires a potentially large amount of computing power, and it costs money for these machines to operate. As an incentive to bring all these independent computers (nodes) into the network, these computers are given monetary incentives (through cryptocurrency) as a reward for contributing to this effort of processing the blockchain.

The blockchain’s security depends on cryptography. There is a high level of encryption associated with the entire process. Every item, every transaction on the blockchain is encrypted. This creates highly secure data that is protected from human interference. A complex encrypted code can represent (for example) an entire book’s worth of documents. The transacted item can only be retrieved and decrypted by the owner of that item, using a personal private encrypted key. Even public blockchains, where all recorded transactions are transparent and visible, are secure because of the cryptography.

The Many Uses of Blockchain

Blockchain became publicly known as the technology that records the public transactions for the Bitcoin cryptocurrency. But the technology itself is useful in so many other kinds of transactions. There is not just one “blockchain,” but many different blockchains. It is a process that can be used on many different networks for different purposes. Some providers are focusing on building specific applications on top of blockchain processes.

Those who are working in the blockchain industry are in the process of developing those other uses in many different industries. The potential impact of the blockchain is so widespread that regulative bodies are discussing how to create policies for the safe and effective use of blockchain technology.

One possible use of blockchain technology is referred to as “smart contracts.” These would be peer-to-peer contracts without the middle man. (Think real estate, insurance claims, securities trade clearing, supply chain document processing, and even voting.)  All changes could be made and accepted to a “smart contract” by all parties simultaneously. Upon approval, transactions would be processed automatically (self-executing) according to the terms of the contract. No transaction would be approved without all terms being met; if one set of obligations is not filled, the contract would not be completed.

The people who are envisioning and working to develop this technology believe this process would be more efficient, saving time and eliminating steps (think about how long it can take right now to transfer money between banking institutions, or to get all parties together on a real estate transaction). They also believe it would save money by not having to involve third parties who take a cut; provide a transparent and secure exchange directly between parties; with all related documents encrypted and stored on a shared ledger where they can’t be fraudulently altered, thanks to cryptography and the blockchain process.

The Future of Blockchain

These are just the highlights of blockchain technology and its potential impact on every aspect of the global economy and society. Experts are not necessarily seeing this as a whole-scale replacement of existing technology. Rather, as with the internet, they expect that we will start to see certain blockchain applications and alternatives introduced in various parts of our economy, and that this will grow.