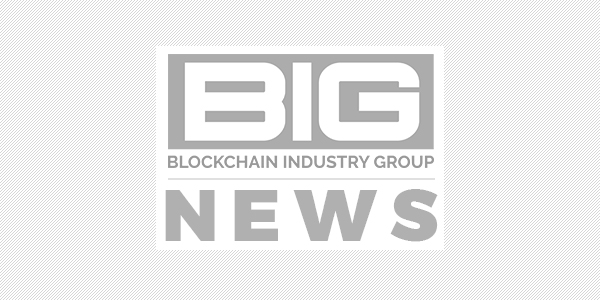 The 2018 Joint Economic Report, which is an annual evaluation of the United States’ economic position, deemed 2017 “the year of the cryptocurrencies.” Mentioned for the first time in the report are terms such as bitcoin, cryptocurrency, and blockchain.

The report defines blockchain as “the distributed ledger technology that underlies digital currencies such as Bitcoin. A ledger is the accounting tool that tracks the movement of money from one person or account to another.”

What differentiates blockchain from other record-keeping sites such as banks and PayPal servers is the de-centralization of records. Banks, for example, keep all records stored in a central location – blockchains have the ability to create thousands of identical ledgers in computers across the nation.

The report states bitcoin was the first example of blockchain. “Bitcoin’s network creates a new record of verified transactions approximately every ten minutes and packages the records into a so-called ‘block’,” it says.

Although Ethereum, the second-largest cryptocurrency in the world, uses the same blockchain technology, Ether’s blockchain application serves a different purpose; rather than record each transaction and its currency, Ether records results from user uploads to the network.

“It allows programmers to create applications and “smart contracts” that utilize computing power from Ethereum’s network to execute them,” the report states.

Though the report does mention the economic benefits of blockchain technology, it says many people don’t realize the other potentials of blockchain.

“…people may miss the digital revolution now happening with other blockchain applications. Even worse, people could be frightened about new developments with the technology as they associate blockchains with the negative headlines,” the report states.

The report says fields such as medicine are already realizing the potential of blockchains.

Since the dawn of the digital age, the medical profession has been looking for a portable and secure way to store medical records digitally. Experts, such as Joint Economic Committee member Rep. David Schweikert (R-AZ,) say blockchain technology can be beneficial for storing medical records.

“Medical records have no value if they don’t move with you,” Schweikert said in an economic podcast. “So think of if I could put my medical records on a blockchain where just like on many phones, I could use my thumbprint and a password and with a certain type of encryption…It would be HIPAA [Health Insurance Portability and Accountability Act, which includes patient privacy protections] compliant. Now all of a sudden you and I and the rest of society can carry their medical records on their phone.”

In addition to medicine, the report also says blockchains have the possibility of enabling microgrids from local power sources. Although this may sound futuristic, LO3 Energy is already running a pilot program in Brooklyn, NY that uses roof-based smart meters to buy and sell power from solar panels.

The report also outlines the shipping applications of blockchain – IBM recently teamed up with the world’s largest shipping company, Maersk, to develop a system of blockchains that would allow all companies and agencies along “the chain” to record and track data as products move from distributors to consumers.