The Promise of Solana and Other Top Layer 1 Blockchains

Since the creation of Bitcoin in 2009, more than 10,000 active cryptocurrencies have been created as of 2022, and all of them utilizing blockchain technology as the foundation to enable transactions to happen. Bitcoin utilizes a blockchain architecture called Proof of Work (PoW), with most later coins using Proof of Stake (PoS). Both are relatively slow and limits the number of transactions per second (TPS) that can take place.

A new crypto coin called Solana (SOL coin) began operation in Feb. 2020, using a new hybrid blockchain architecture called Proof of History (PoH) that runs along side PoS, and can potentially perform hundreds of thousands of TPS. According to Forbes and Investopedia, as of June 2022, Solana is ranked either 8 or 9 in terms of prominence and capitalization. As of June 2022, Forbes places market cap at number 1 and 2 respectively for Bitcoin at $410 billion USD, Ethereum at $142 billion USD, and Solana is number 9, at $10 billion USD.  Solana’s ranking went as high as 3 or 4 in 2021 when it reached a high of $63 billion in November, but has dropped a few positions since then. 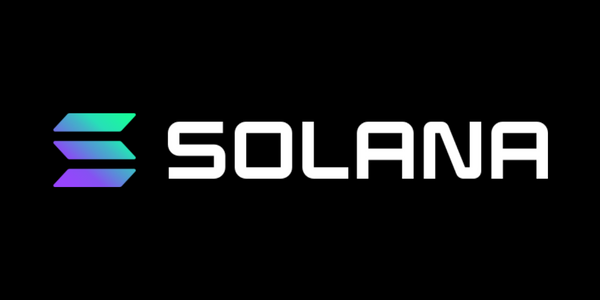 Solana is shaking up the crypto market with a new blockchain architecture that is designed from the ground up to try to address many of the traditional weaknesses in Bitcoin and Ethereum by making vast improvements in the areas of transactional speed, number of possible transactions, transaction cost, and scalability.

As with any new technology company going through rapid expansion, unforeseen issues will invariably arise, and to this end, Solana is no exception: there has been several network disruptions in 2021 and 2022, and due to the relatively fewer number of validators (Bitcoin calls them Miners) on the network, some have questioned whether Solana is decentralized enough. Solana has taken steps to address these issues and has continued to build out and refine their platform and is poised for continued growth. And despite the market turbulence that has seen the entire cryptocurrency market crash dramatically in early 2022, Solana has continued its ecosystem growth strategy and saw its daily unique fee payers as well as their NFT business continue on an upswing unaffected by the crash.

All cryptocurrencies will generally fall under what is called a Layer 1 or Layer 2 network, which essentially describes the underlying blockchain architecture. Bitcoin and Solana are both Layer 1 networks though they don’t use the same architecture, they are both Layer 1 because they run on their own proprietary base structure. A Layer 2 network essentially runs on top of a Layer 1 structure, and could provide improvements and efficiencies in terms of operational speed and/or scalability. We can view Layer 1 as the base structure in the blockchain, and a Layer 2 as a layer that runs on top of the base structure.

One of the major differences between Solana and other Layer 1 blockchains is its use of a new consensus mechanism called Proof of History (PoH). While almost every other blockchain utilizes Proof of Work or Proof of Stake, Solana uses a hybrid system called Proof of History to try to overcome some of the traditional bottlenecks with regard to TPS and scalability. To achieve this, Solana’s network can order and batch transactions before they are processed through a separate PoS consensus. By way of comparison, Bitcoin is able to achieve 5-7 TPS, while Ethereum can reach around 30 TPS, both using PoW. Solana can theoretically reach 50,000 TPS or higher, with correlation to available bandwidth, using PoH.

Another difference between Solana and other Layer 1 networks is the computer hardware requirement for miners and validators. Miners for most PoW or PoS networks only need standard computers to participate in the consensus, thus making the network more decentralized. To act as a validator on the Solana network, the computers must meet very specific requirements, and costing close to $5000, so they are much more expensive than those mentioned for Miners which could be in the vicinity of $2000 or less. The high cost of participation could lead to lower participation and therefore less decentralization.

One of the blockchain weaknesses Solana set out to address when they were developing their structure was the issue of transaction cost which had been quite high with the many Layer 1 blockchains utilizing Ethereum as the underlying architecture. Generally, cryptocurrency coins can have 3 types of transaction fees whenever a cryptocurrency asset is transferred from one account to another:

Transaction fees will vary from one coin to another, and even from hour to hour for any given coin. The two primary factors that will determine the fee for a transaction is the time requirement to generate a new block on the chain, and the number of transactions that a single block can handle (larger blocks will be more efficient at processing a higher number of transactions, but will require larger hard drive storage requirements). Solana’s block time is 0.4 seconds, and block size is 20,000 transactions, whereas Ethereum’s block time is around 13 seconds, and its block size is 70 transactions (it should be noted that the Ethereum block size can vary with network demand, so the fee can vary depending on complexity, storage requirement, and the number of operations within a transaction).

Having said that, the transaction fee for any Ethereum based coin for a comparable transaction will heavily favour Solana as it will usually be much cheaper. Solana’s transaction fee is a very low $0.00025 per transaction, while Ethereum based transactions had an average cost of between $3-$10 in September of 2021, but wide fluctuations has seen this cost go to $50 or even $100 in some even non complex transactions. Ethereum has plans to address the cost/speed/scalability issues by increasing the block size with their transition to Ethereum 2.0 (ETH2). This is also a transition from PoW to PoS which started in December of 2020, and is scheduled to take 2 years to complete. During the transition, ETH1 and ETH2 blockchains will exist side by side, but will eventually be merged.

Another innovative top 10 blockchain is Polkadot (DOT token) which uses a Nominated Proof of Stake (NPoS) protocol. Its initial coin offering came in October 2017. This is an open source platform that was co-created by Ethereum co-founder, Gavin Wood. What is unique about Polkadot is that it provides interconnectivity and interoperability between blockchains. Polkadot operates the primary blockchain called a “relay chain” that provides the security and governance. Users can then create their own parallel chains called “parachains” to run off the relay chain.

In so doing, parachains can operate their own unique blockchains that run under Polkadot’s infrastructure, and this unique connection allows the parachains to communicate with each other, as well as for cross-chain transfer of data or assets, and for the use of cross chain decentralized applications (DApps). This level of interoperability can be extremely useful when–just as one example–a public chain needs to query specific information from a private chain, like in the instance where a job application site might need to get proof of degree verification from a school’s private chain. Going even one step further, Polkadot parachain networks can even connect with external networks via bridges.

Cosmos (ATOM token) launched in March of 2019, and is a blockchain that holds some similarities to Polkadot in that it is also designed for interoperability and interconnectivity, with DApps and utilizes an innovative Inter-Blockchain Communication (IBC) protocol. However, Cosmos is the first entirely free platform to facilitate interoperability between systems which includes Binance Chain, and Crypto.org among others. Cosmos operates via a PoS protocol and has $66 Bilion digital assets under management as of August 2022.

Similar to Solana, Cosmos also set a goal for lowering transaction fees and speeding up transactions (Cosmos has $0.01 transaction fees, and 7 second transaction times). It would appear that Cosmos has achieved these objectives as compared to most other Layer 1 networks, but still has not been able to match Solana in this regard. Cosmos runs the main trunk called a Hub  (Polkadot calls it Relay Chain), and the parallel chains running off the Hub are called Zones (Polkadot calls them Parachains). Each Zone can operate like an independent network, Cosmos Hub is also able to facilitate interoperability with older PoW blockchains like Bitcoin and Ethereum through bridges. Cosmos has a theoretical limit of several thousand TPS where Solana’s is in the tens of thousands.

Solana is currently a top 10 blockchain having dropped several positions during the cryptocurrency crash of 2022, and although we have compared it to several top cryptocurrencies, Solana has held up well despite the market downturn as it continues development and building out its platform and should be in a good position to rebound once the market normalizes.