How the Lightning Network is Changing the Cryptomarket 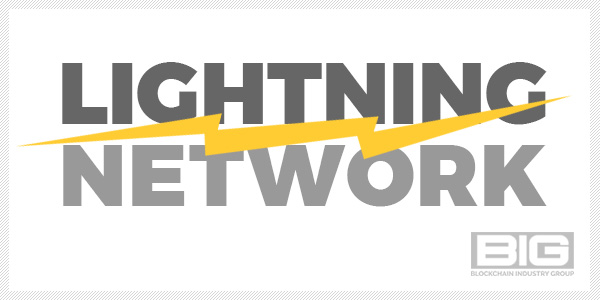 How the Lightning Network Works

San Francisco-based Lightning Labs is considered the furthest along in their development and last month saw the launch of their Beta testing phase.  This development team for Lightning Labs has seen great success on their journey to reduce BTC transaction fees and times.  Lightning Labs is also creating Lightning Network protocols for many other Altcoins who are equally interested in avoiding future scalability issues.

The developers at ACINQ have been designing their own Lightning Network scripting language and protocol for two years.  Last month ACINQ made headlines by launching the first Android mobile app for the Lightning Network – the éclair wallet.  The éclair wallet was initially met with a great response before the developers were forced to publicly admit that they had lost the keys to the project and could no longer upgrade the platform.

Elements Projects is also developing a Lightning Network protocol of their own.  This unique development team is primarily focused on providing users the ability to create their own personal side-chains.  This will give corporations more flexibility when utilizing the Lightning Network in the future.  Currently, users can go to their website and easily create a personal sidechain or test their applications on others sidechains.

The Lightning Network isn’t just for BTC and this month has already seen a number of Altcoins announce their participation in the project.  Litecoin has already released in-depth instructions on how MAC users can now set up a Lightning Node and Steller Lumens has announced that they are currently integrating Lightning Network support to their blockchain.

The Future of the Cryptomarket

Scalability is a huge concern for crypto developers and after seeing BTC’s transaction fees skyrocket to the point of ridiculousness, the LN has garnished major support across the marketplace.  Steller Lumens executives have commented on the importance of integrating this protocol before the competition, stating that it will be very difficult to play catch up with the cryptos that are already Lightning Network capable in the future.

Opponents to the new protocol claim that the nature of the LN makes your transactions more centralized and they have warned against future gateway providers attempting to monetize their efforts.  Regardless of their complaints, the Lightning Network is moving forward at full steam and everyone in the cryptomarket is making way for the return of low transaction costs.

What do you guys think?  Is the Lightning Network the answer to the market’s scalability issues?