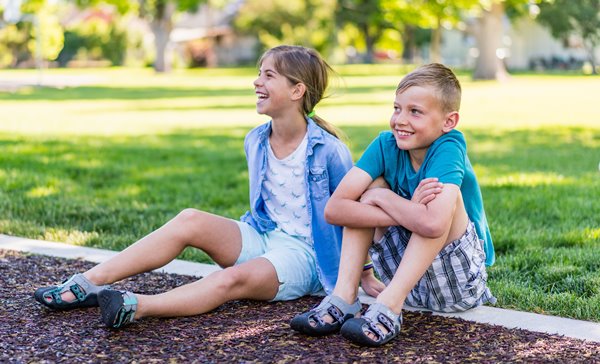 Today’s guest blog is from one our ‘Non-Profit Friends’, Kenton Lee (Founder of Because International & The Shoe That Grows).

It all started ten years ago on a post-college trip around the world for Kenton Lee. This fresh-faced, Idaho native left his small town to travel the world and see how he could help. An experience with a young girl at an orphanage in Kenya who was wearing shoes that were so small she had to cut open the front to let her toes stick out – it sparked an idea.

After returning home to Idaho, it took Lee and his friends six years to work on the design. But they finally did it; they created a shoe that could expand five sizes. They called it The Shoe That Grows.

They started a nonprofit organization called Because International to structure the cause. It started slowly at first, but then several online articles empowered the cause to go viral in 2015. Since then – the organization has worked with over 1,000 partners to distribute 175,000 pairs of The Shoe That Grows to kids in over 100 countries.

But people always asked: “Could we buy your shoes for our kids?”.  It was never the mission of Because International to try to distribute The Shoe That Grows in a commercial way.  So the answer was always, “No”.

But now it is the right time to change that.

Because International formed a separate, for-profit company named GroFive (registered as a Benefit Corporation in Idaho) to sell a commercial style of the growing shoes called Expandals.  They are launching this new company and product with a Kickstarter campaign. It went live on Tuesday, July 10th and fully funded the $10,000 goal in two hours. 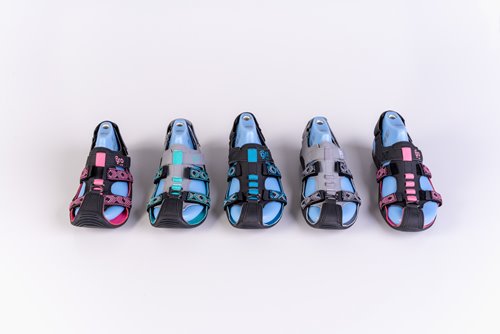 Expandals are expanding sandals that can grow five sizes and last for years. They come in sizing ranging from toddler up to a US Men’s Size 13.  And they offer four colors: Teal, Blue, Pink, and Grey.  Every purchase of Expandals helps get more pairs of The Shoe That Grows to kids in need around the world.  And a growing pair of shoes can replace two, three, four, or more pairs of regular shoes; so it can be better for the earth by doing more with less.

GroFive is committed to the relentless pursuit of better: better products & better mission. Their first product is Expandals, but they are excited to see what other innovations they can create in the future.  To learn more about the company and be a part of the Kickstarter for Expandals – check out GroFive.com