Decred: The Community-Powered, Autonomous and Open-Source Next Generation Cryptocurrency (The Peoples’ Coin)

Peter Lee: Jonathan, thank you for joining us for this interview.  Please tell us a little about yourself and Decred?

Jonathan Zeppettini: My name is Jonathan Zeppettini and I’m the International Ops Lead for Decred. I’m probably better known for my work as Chief Evangelist for the project. Being a decentralized project the whole concept of fancy titles is something we approach with bit of humor.

Decred is essentially a cryptocurrency similar to Bitcoin but with a governance layer built in, which is being leveraged towards making us a full DAE (decentralized autonomous entity). We have code that allows for stakeholders (the people who own the currency) to make decisions as a group much in the way shareholders in a corporation might through voting.

Peter: This is a decentralized project and I know Stakeholder’s participate in Decred’s decision-making but there must still be a core leadership team, right?  Or, not?

If so, please tell us a little bit more about Decred’s leadership, how it’s comprised and how it functions.

Jonathan: It’s interesting because one of Decred’s co-founders; Jake Yocom-Piatt currently serves as the “project lead”. His primary goal has been to engineer himself out of Decred and so far it’s been going quite well. The most important thing a leader of a crypto project would usually handle is decisions on consensus rules. That has already been firmly placed in the hands of stakeholders. There are a few minor pieces that need to be put in place before Jake is totally obsolete but those are coming along nicely. How often do you have a leader whose main focus is on relinquishing power and creating a more robust system that diminishes their importance?

Peter: Tell us about Decred stakeholders, how they benefit and how that aligns with Decred’s approach?

Jonathan: Our stakeholders benefit by having a means to express their will. The cryptocurrency space has previously relied on a model where developers are treated as gatekeepers to projects and miners whose incentives may not be aligned with the holders of the currency long term are expected to provide “governance”. Decred recognized these models were broken and has engineered a much more robust approach, putting the power with the people who have the most “skin in the game” so to speak.

Peter: So, in a way, this is the “Peoples’ Coin.”  You’re definitely onto something because currently Decred is about 39th in terms of cryptocurrency market captialization of almost $436,000,000.

What are Decred’s goals vis-a-vis Bitcoin?  Will Decred replace bitcoin, be a better alternative or what?

Jonathan: I don’t see us as competing with Bitcoin directly, the space is growing rapidly and I don’t ascribe to the notion that we need to approach our peers in hostile manner. Open source is all about the sharing of ideas and making incremental improvements. Our goal is to build something different which we feel is both novel and useful to the broader community. The market will decide if that has value in the end.

Peter: What do you want people to know about your project that they might not already know?

Jonathan: The project has been live for just over two years and we have working code for Consensus Voting. Many people, some of whom have been in the space for a while don’t know that the model we employ is not only possible but working right now for us.

Peter: This might be a lot to ask, but could you briefly describe Proof of Work vs. Proof of Stake, how that relates to your ‘Consensus Voting,’ and why is it exactly that Users should care?

Jonathan: Sure, so to put it simply many coins exclusively use Proof-of-Work as a means of packaging transactions, distributing coins as well as making decisions on upgrades. You’ll sometimes hear the phrase “one CPU one vote” from the Bitcoin whitepaper. Our differentiator is in the approach to the decision making part. We use Proof-of-Work for all that other stuff but when it comes to decisions it’s not the people that own all the mining hardware that make decisions about Decred’s future. It’s the people who actually own the coins that possess sovereignty.

Peter: What has surprised you most about the Decred model of governance?

Jonathan: The main thing that surprised me is that when you have a mechanism to make decisions as a group, many issues that you might assume are contentious are just simply not.

Peter: It would be something if we could use blockchain to make our governments work as efficiently.  (I’m sure some group is working on that right now.)

Let me add some information from your website on this which I thought was a good summary:

We are community-powered. Stakeholders who participate in Decred’s decision-making are rewarded for their efforts. Sustainable funding and a resilient contractor model allow for anyone to join Decred at any time and engage in its governance. Decred’s value is in the people who work on it – together we’re building the decentralized future we want to see.

Has there been a group decision where you’ve scratched your head and said ‘boy, wish they had decided that differently.’  And, if a group decision were really bad is there any mechanism at all for reversing or ignoring such a decision?

Jonathan: We have not yet had a vote pass where I questioned the wisdom of the result. It may very well be the case that eventually we might have a vote on something and I’ll be taken aback by the result, but I think that might be a good thing. None of us should be so bold as to claim expertise in every field. I’m encouraged by the engagement of the community and the willingness of experts in various domains to explain the work they do on Decred with an eye to creating more educated and engaged stakeholders.

That said, if something passes that turns out to be a mistake we have the tools to fix it. I’d say our system has something analogous to parliamentary supremacy. No vote can prevent a future vote from undoing it. There’s no need to be dogmatic, we embrace empiricism and can adjust accordingly.

Peter: What will Decred look like in the future and how will you finance that future?

Jonathan: Decred’s future will be entirely shaped by our stakeholders. The project has been built with an eye towards being extensible so features can be added as needed, and we have a method for sustainable funding which ensures that we can continue to develop for decades.

Peter: As a lot of blockchain company’s are out there looking for capital, it’s fascinating to hear how Decred has sustainable funding?  What is that, how does it work and what is it that is preventing other company’s from doing the same thing?

Jonathan: It’s easy, 10% of the mined coins automatically go towards a “project subsidy” that is used to further Decred. This is what enables us to pay people to work on Decred part time or full time. As of today we have accumulated about $28 million USD, and it grows at over $1.3 million USD per month. The stakeholders are the ones that will make all decisions regarding how those funds are spent. As to the question about other coins copying the model, I’d highly encourage it. It aligns incentives very well in my opinion, in contrast to something like an ICO where money is raised and there is limited accountability, and no control for those who put up the funds.

Peter: Is there a role for blockchain companies such as yourselves in saving this world and humanity?  If so (or not) who is doing a good job of that out there?

Jonathan: I don’t know if I would be so bold as to say we’re working towards saving humanity, however promoting financial disintermediation and allowing uncensorable access to a global financial network is in my opinion a fundamental step in achieving freedom and self determination. So I’d say that many of the people in the cryptocurrency space that promote this technology are having an important impact.

Peter: Just for fun, let me throw this related/unrelated question at you: should we fear Artificial Intelligence?  Will A.I. end up saving or destroying mankind?

Jonathan: Some people have actually asked if by “autonomous digital currency” Decred means AI powered, the answer is actually quite nuanced. We have built tools that enable group decision making and conflict resolution. I would call this an artificial intelligence of sorts, so I’m very bullish on the future of this type of AI.

Peter: What can you tell us about your prior life before Decred?  Any advice for our readers?

Jonathan: I’ve been involved in the cryptocurrency space for eight years now. My former career was that of an equities and futures trader. I think it would behoove most people to keep abreast of the seismic shift that’s taking place in the financial world due to cryptocurrency. Most get caught up in the buzzwords as everyone is keen to announce they’re embracing “blockchain”, however the reality is that many legacy business will simply be displaced.

Peter: Since you mentioned displacement, please fill in the following for me: 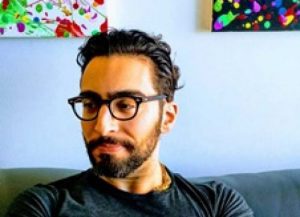