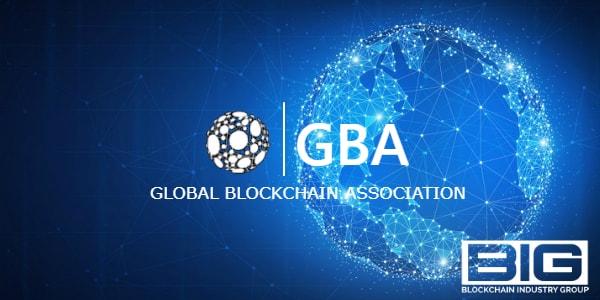 The Government Blockchain Association (GBA) is a very active international professional association and membership organization. The GBA is focused on creating public conversations among governments and industries to effectively leverage blockchain technology. Members share a common interest in “promoting blockchain related solutions to government requirements.” The GBA invites any interested individual to join its membership.

The GBA is guided by its beliefs that technology should be used for good, to improve the quality of life of people around the world; governments are instituted to serve their citizens; and that this relationship should form the basis of any goals the GBA pursues.

Events include the Global Blockchain Summit, as well as the Government Blockchain Leadership Forum in Washington, D.C. (“Real World Strategies to Implement Digital Transformation in the Public Sector”), along with local chapter events.

The GBA has an impressive range of chapters in many countries, including soon-to-be-formed student chapters. Local chapters provide an opportunity for face-to-face meetings and collaboration on specific issues, recommendations, and solutions. An additional benefit to chapter events and discussions is the opportunity to develop recommendations specifically for local, regional, and federal governments. In this way, the GBA supports international dialogue with practical implications for government at the most local levels.

A recent sampling of local events offers a glimpse of GBA activities: “Get to know your Blockchain Senator and Candidate Governor Michael Williams of Georgia,” “Economic Analysis and Financial Regulation Block Talk” (Reno, NV and San Juan, Puerto Rico), “Blockchain Use Cases for Organizations” (Mexico City), “Women Leading Innovation with Blockchain Technologies” (Los Angeles), “Digitized Government Act and Blockchain Utilities in Japan” (Tokyo), and “Can you own your own digital identity on a blockchain?” (Reston BlockTalk). By offering similar types of events in different locations, the GBA also enriches the global basis for dialogue and conversation about blockchain technology.

As part of the GBA’s training efforts, the organization sponsors the Certified Government Blockchain curriculum. These courses represent GBA’s commitment to supporting leaders who are capable of leveraging blockchain technology in all its complexities for the benefit of citizens worldwide.

Working groups are a powerful contribution of the GBA. They focus on common use cases experienced by governing bodies. Working groups develop solutions and make recommendations regarding the use of blockchain technology for these specific areas of need.

When a working group forms and establishes its goals, the group is charged with developing solutions within a particular timeframe. Groups might work as study groups, research or surveys teams, engagement teams, analysis teams, and/or writing teams.

Recommendations might be delivered as white papers, presentations, blogs, and through other means. Some of these might appear publicly on the GBA website, where further dialogue can take place and where the results might provide additional impact in other areas. Working groups create thought leadership as well as practical results. Working group participants often become known as subject matter experts through their interactions and contributions.

It is clear that the GBA is very active in publishing, training, networking, and creating educational events globally at the forefront of the blockchain ecosystem. The GBA is working to facilitate dialogue, learning, collaboration, practical solutions, and specific recommendations. Through these local and global efforts, the GBA works to help ensure that blockchain technology is developed and implemented in a way that helps governments better serve their citizens around the world.