5 Surprising Uses for Blockchain in 2020 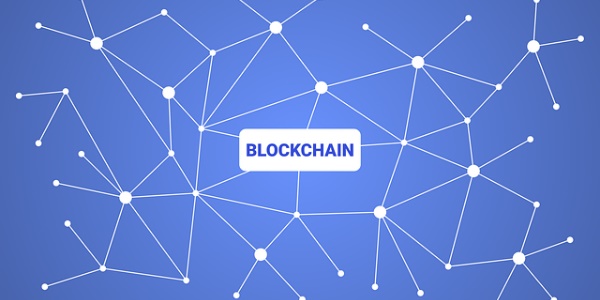 You might be surprised at the unconventional ways that the world’s engineers are using blockchain to improve society.

More so than other business arenas, the e-commerce marketplace is undergoing a radical transformation.  Resultantly, it’s positioned to become one of the most effective business processes for entrepreneurs in the 21st century.  In large part, blockchain is the driver of remarkable transformations across many fields and industries.

The following are five surprising uses for blockchain in 2020.

1. Do You Know What You’re Eating?

The U.S. Food and Drug Administration (FDA) has launched a brand new initiative called the New Era of Smarter Food Safety. The agency intends use the initiative to continue its work to modernize how it protects the population from food-related sicknesses. The FDA plans to embrace new technologies such as blockchain as well as innovative resources and methods as it works to deploy evidence-based and risk-based policies of the FDA Food Safety Modernization Act (FSMA).

FDA representatives express that the New Era of Smarter Food Safety isn’t just a fancy slogan. It’s a new way of protecting the public. The initiative emphasizes successes that the agency has already achieved. It also embraces new technology that’s creating phenomenal advancements across other verticals.

2. Raising Money for Your Favorite Cause

UNICEF Ventures is an initiative that the organization launched to explore how technology can improve the lives of children around the world. The project is a way of discovering new information, opportunities and options to improve the quality of life for the world’s children.

UNICEF representatives are especially interested in blockchain. They believe that they can use the technology to create new financial models, increase the transparency and efficiency of internal organizational processes and incentivize open-source participation in the creation of digital goods that will serve the public interest.

UNICEF staff members are moving towards these goals with an emphasis on experimentation. For instance, they are doing work with cryptocurrency, smart contracts, tokens and various educational initiatives.

3. e-Commerce for Your Enterprise

Some businesses view Amazon as a corporate behemoth that’s swallowing up the world’s small businesses. Other businesses, however, have jumped on the Amazon bandwagon and are thriving in e-commerce and the digital domain.

Today, many small business owners gravitate towards Amazon to expand their enterprises in the worldwide marketplace. Meanwhile, the company is investing in innovative technologies, such as:

Furthermore, the number of businesses that are embracing the Amazon marketplace is on the rise. In 2017, for instance, SMBs eclipsed the $1 million mark in Amazon sales – a 20% growth rate compared to the previous year.

4. A New Way to Document Proof

Traditionally, a notary public draws, certifies and witnesses the signing of official paper documents. Now, however, the professionals’ workflow is moving into the digital domain – at least part of it for now.

Today, an electronic or digital notary gives these officials the ability to perform their job electronically. The process involves cryptography and a secured public key.

Now, there are plans to deploy blockchain to replace this already advanced process. The characteristics of the technology make it ideally suited for the job.

5. A New Era in the Real Estate Trade

Thanks to blockchain technology, real estate is about to get a lot more liquid. Blockchain security tokens make it easier for real estate professionals to break up parcels of land for sale. The tokens can identify ownership, offer an avenue for processing transactions and serve as an accurate and reliable tool to identify parcels for trading – a process called tokenization.

Tokenization may soon enable real estate specialists to create new opportunities for individual and corporate investors. At the same time, it will reduce much of the costs associated with executing transactions. Many real estate experts believe that blockchain is the future of the industry.

A Positive Outlook for a Blockchain Powered Future

When technology discussions come up, blockchain is often a part of the conversation. It’s changing our lives for the better.

Most notably, the technology is changing how people and businesses record information. Some of the most important and influential industries in the world refer to blockchain as “magic.” Since its introduction, there’s been a lot of excitement about the technology.

Blockchain is opening new avenues of commerce that were previously unheard of. Due to its deployment, the way that we record, disclose and secure data is changing radically.

The technology still has a lot of potential, and savvy entrepreneurs know it. Resultantly, businesspeople who are smart enough to jump on the blockchain bandwagon are becoming highly influential in their respective fields.