5 People That Shaped the Cryptomarket 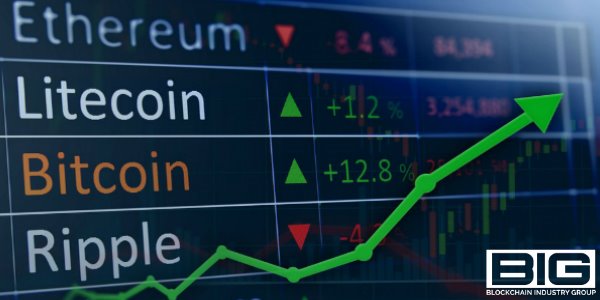 The cryptomarket has come a long way since Satoshi’s revolutionary whitepaper detailed BTC and changed the world forever.  There have been some significant obstacles that had to be overcome before the cryptomarket could blossom into its current $400 billion-plus investment sector.  Along the journey, there have been numerous other individuals that have been pivotal to the growth of the market.  Below are five people that have shaped the Cryptomarket.

The Russian-born Vitalik Buterin has been a major contributor to the cryptomarket ever since his early days as a writer for Bitcoin Magazine.  This innovative thinker was first introduced to BTC in 2012 by his father who was a computer programmer.  Buterin is best known for being the co-founder of the #2 cryptocurrency in the world, Ethereum (ETH).

Ethereum changed the face of the cryptomarket in many ways.  The use of smart contracts was made popular through this 2cd generation cryptocurrency and the ERC20 protocol is by far the most widely used in token creation.  A large portion of the ICO sector wouldn’t exist if the ERC20 protocol was never standardized.

Nick Szabo coined the phrase and created the first “smart contracts”.  This feature, which is now so critical to the marketplace, has shaped the development of future coins ever since.  Nick has been instrumental in the development of the cryptomarket to the point that many people have suspected him of being Satoshi.

Nick denies that he is Satoshi when questioned in person but there has been significant evidence to support otherwise, including the fact that Nick previously posted in a blog in 2008, before BTC was a reality; that he planned to build a working model of the digital currency.

Charlie Lee is best known for the creation of Litecoin (LTC) and his work with various BTC related projects in the sector.  He developed Litecoin to be the silver to Bitcoin’s gold with most of the technical details being exactly the same.  The main difference between LTC and BTC is that LTC processes a block every 2.5 minutes versus BTC’s 10-minute intervals.

Litecoin was among the earliest Altcoins in the market and it has managed to remain in the top 7 cryptocurrencies in the world.  Litecoin was the first to adopt the Segregated Witness protocol and also the first to send a Lightning Network test payment.  Litecoin has long been a pioneer in the crypto space.

Roger Ver is perhaps one of the most controversial individuals in the crypto-space.  This early BTC supporter has helped usher in major contributors to the market such as Bitcoin.com, blockchain.com, Kraken, and Bitpay – just to name a few.  Roger is best known for the creation of Bitcoin Cash.

Bitcoin Cash was a hard-fork off of the BTC blockchain.   Roger decided it was necessary to create this new crypto to handle the scalability issues the original BTC was experiencing.  The hard fork occurred August 1st, 2017 and Bitcoin Cash now has a market cap that places it in the top three cryptocurrencies globally.

Brian Armstrong is the co-founder of the largest exchange in North America – Coinbase.  The San Francisco-based exchange was founded in 2011 and by 2014 the platform had over one million active users.  Coinbase now services 32 countries with over $50 billion in crypto assets.  The platform has grown to over 10 million users.

Coinbase has been critical in the development of future regulations in the market and currently, the platform is enthralled in a longstanding court battle with the IRS; who originally requested that Coinbase hand over complete access to their user database but now has agreed to a much smaller concession of around 13,000 traders.  These court proceedings are producing legal precedents that could alter the market moving forward.

There have been so many contributors to the growth of the decentralized economy but these five individuals, in particular, have shaped the market in ways that are undeniable.   The decentralized economy depends on innovation and if you have the spirit and know-how to bring your concept to life – you may one day make it on this list.

What do you guys think?  Do you agree with our selections?