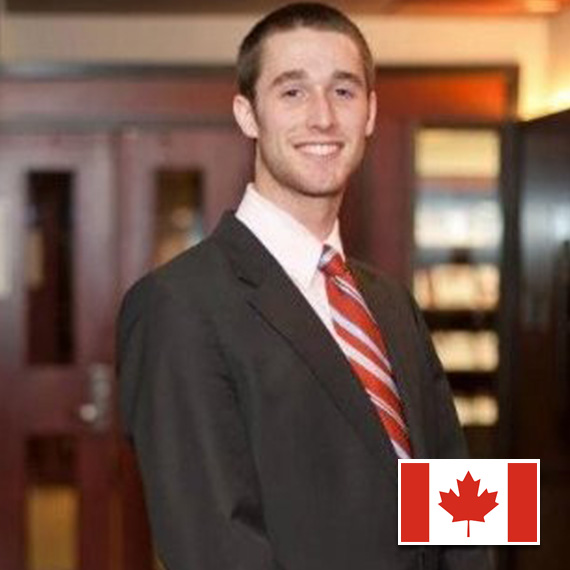 Joaquim Miro is the Chief Growth Officer at Global Digital Assets, as well as an advisor to Uptrennd and other major Fintech and VR projects including MontrealXR. In 2018, Joaquim sat on the MarTech Council for the Canadian Marketing Association, becoming the youngest member to ever sit on a council. His work has been featured on BNN, the CMA and other major news outlets, focussing on deep tech and its implications for the marketing industry.

In 2016, Joaquim transitioned into the world of blockchain, both as a marketing professional and as an investor. Over the course of the first half of the year, he observed how successful blockchain startups would stand out from their competitors. It didn't take long to get involved and after a few months with the Blockchain Education Network, he went on to build a global team of blockchain talent at MLG Blockchain Consulting. As CMO of MLG, he managed the high level strategies of some of the most successful blockchain projects in the world, and help MLG Blockchain become a global leader in turnkey digital assets consulting.

Working at L'Oréal Canada for over 1 year enabled him to learn the key skillsets necessary to be a successful entrepreneur. Having to manage 100+ projects, a multi-million dollar budget and the largest and most successful shampoo launch of the past decade (Whole Blends) allowed Joaquim to develop various skillsets in a small timeframe. Complementary to having this full-time job, he also became proficient in Website development - including Wordpress, Wix, Weebly, Squarespace, and Shopify - and launched his first official company L'Autre Couleur, an online eco-boutique which offers Canadian sustainable products.

Before entering the job market, Joaquim spent 4 years at McGill as a highly dedicated and involved International Marketing and Entrepreneurship student, creating the organizational foundations for an ongoing corporate relations program that raises 100K+ yearly, refounding the Mcgill chapter of the Delta Kappa Epsilon fraternity, organizing a TEDx Montreal event, and travelling in over 20 countries. These, amongst many other involvements, have allowed him to build a strong tool belt with which to pursue a marketing consulting career, and become an influential and positive member of our society.